After what the world has been through (with some still struggling) over the effects of Covid-19, everyone is yearning for a better life… Post-grunge rock band 3 Doors Down's The Better Life 20th Anniversary Tour couldn't come at a more opportune time. This concert event sends an uplifting message. So come and celebrate life as 3 Doors Down comes cruising to this side of town for a show at the USANA Amphitheater on Tuesday 7th September 202. It is a tour that would take the band and their throng of loyal fans to where it all began, and where their music forges ahead. Fans of 3 Doors Down will surely come knocking down to secure tickets. Hurry, save the date and book your tickets now! 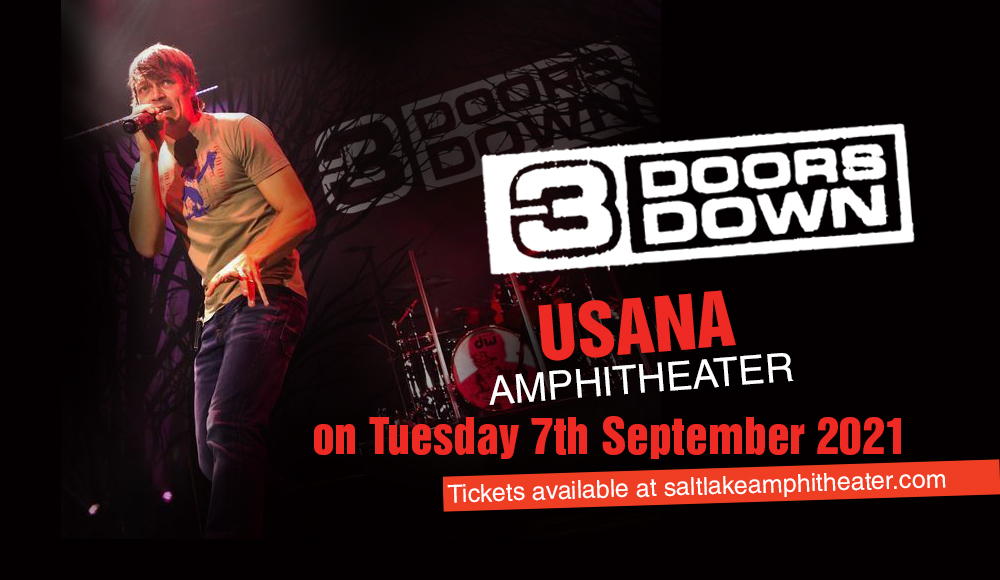 "Kryptonite", When I'm Gone", "Be Like That", and "Here Without You" are the colossal hits that made 3 Doors Down a worldwide phenomenon. Yet it was their debut album ‘The Better Life’ that first came knocking on the hearts of fans as it sold an impressive six million copies. It's been 20 years since the album was released, and it was from that spark, 3 Doors Down spewed those fiery hits and kept their career ablaze. Their multiplatinum seller albums raked up over 30 million copies sold worldwide.

This anniversary tour has been made more meaningful, purposeful, and exciting as 3 Doors Down are raring to celebrate their music and milestones with fans, live and face-to-face.

“Especially after the last year everyone has had, I am really looking forward to rocking out and celebrating with our fans this summer. It’s hard to believe it’s been 20 years since we released The Better Life.” 3 Doors Down’s Brad Arnold comments. “That album drastically changed our lives, and we are incredibly excited to celebrate the 20th Anniversary with our fans by playing The Better Life front to back this summer. It’s going to be a blast, and we can’t wait to get on the road and see everyone out there!”

Before you get out there, make sure you and your buds got tickets to the show. Click on the 'Get Tickets' link on this site to book your tickets now!