A Day To Remember, I Prevail & Beartooth Tickets 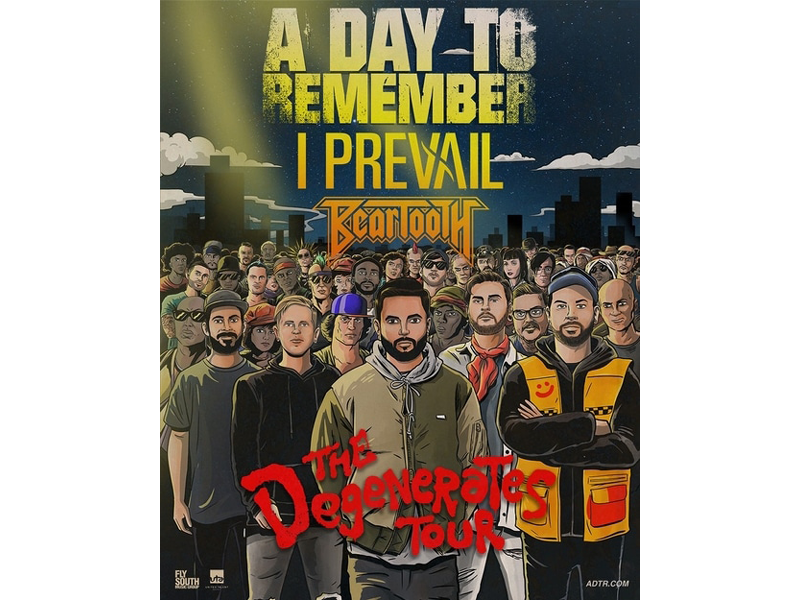 I Prevail aim to re-charge, re-energize, re-invent the genre of rock music, With a mix of clean vocals (Brian Burkheiser) and harsh vocals (Eric Vanlerberghe). Their lead guitar (Steve Menoian), and rhythm guitar (Dylan Bowman) uplift rock to a plateau where soundscapes can unpredictably toss and turn between heavy metal, alternative, hip-hop, and electronic moods without warning.
Since their arrival in 2014, they set a precedent to catalyze rock’s evolution. They put up astounding numbers rarely synonymous with the genre or their peers for that matter. Nearing half-a-billionstreams and 115 million YouTube views, they moved over 500,000 albums worldwide, saw “Alone” become a Top 5 Active Rock radio smash, won “Best New Artist” at the 2017 Radio Contraband Awards, took home “Hard Rock Song of the Year” at the 2017 Loudwire Music Awards, and played 500-plus shows in just three years. Not to mention, they achieved a gold single in the form of their take on Taylor Swift’s “Blank Space” from the Heart Vs. MindEP. They made a mark in the most old-fashioned manner possible, by writing undeniable songs that connected to millions.
“I Prevail has risen above tragedy, expectation, and anything else life can possibly throw at them. With their own sound, style, and statement, these musicians represent the potential of rock music in 2019 and beyond.” – Rick Florino, February 2019