American indie pop trio AJR return to the road with a brand-new album and tour, AJR, The OK ORCHESTRA Tour comes to USANA Amphitheater on Saturday, June 11th 2022. OK ORCHESTRA is the brand-new album featuring the single, "Way Less Sad" which is poised to be one of the biggest songs of the summer, so far generating more than 80 million streams, and is spending its ninth-strait week on the Billboard Hot 100 and just hit number 10 on Pandora's Top Spins Chart. Grab your tickets now and make sure that your 2022 is Way Less Sad than this year! 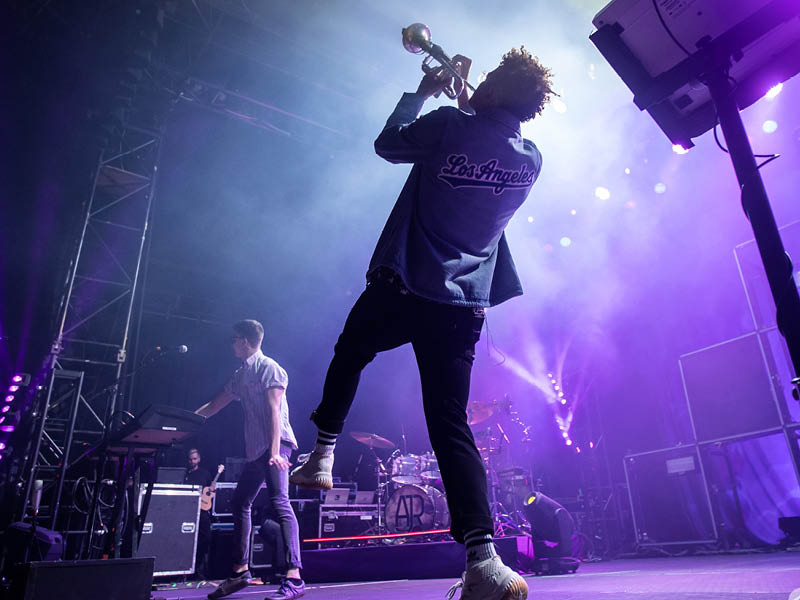 All the way from the living room of their Chelsea apartment in Manhattan, New York, AJR are the multi-instrumentalist brothers Adam with vocals, bass guitar, programming, samples and percussion, Jack with lead vocals, guitar, melodica, ukulele, drums, percussion, keyboards, synthesizers, samples, programming and trumpet, and Ryan Met with vocals, programming, keyboards, ukulele and trumpet.
The Multi-platinum indie pop trio teamed up with electronic music group, Cash Cash, to remix their summer anthem "Way Less Sad" generating more than 80 million streams, and is spending its ninth-strait week on the charts. AJR performed "Way Less Sad" and their platinum hit "BANG!" at the 2021 Billboard Music Awards, which Billboard praised, "the line 'I'm A-OK' hit particularly hard as the countless fans gathered outside sang along – a fitting moment as the world continues to emerge from the ongoing pandemic," and the group took home their first-ever Billboard Music Award for Top Rock Song with "BANG!", which also features on the new album, OK ORCHESTRA, which debuted number 1 on the Billboard Alternative and Rock charts on release.
Their new album follows a similar trend to their previous album, Neotheater, which debuted at number 1 on Billboard's Top Alternative Albums, number 1 on Billboard's Top Rock Albums, number 8 on the Billboard 200, and hit number 1 on the Top Rock Albums chart!