Blink 182, A Day To Remember & All Time Low Tickets

Blink 182, A Day To Remember & All Time Low comes to USANA Amphitheater on Thursday 22nd September 2016

Whoever said that 'punk is dead' has been proven wrong by Blink-182. The band continues to slay punk bashers with their larger than life showmanship and a slew of hits that revitalize and make their successful career as strong as ever. With their on-going tour with fellow pop-punk rockers All Time Low and A Day To Remember, fans are on the prowl for tickets. No time to waste as tickets may be gone in a blink of an eye. Go, get your tickets now! 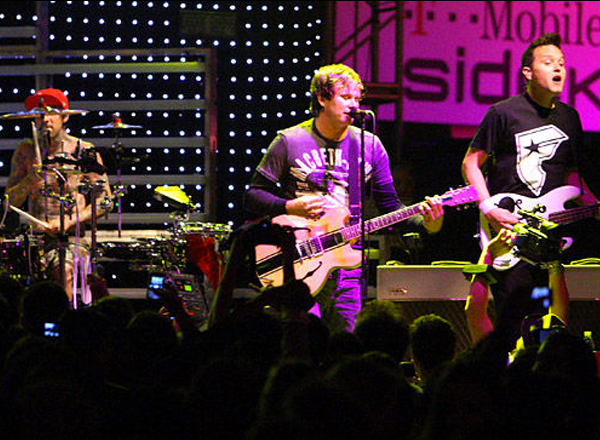 Blink 182's is infamously known for their notorious and unapologetic sense of humor. But over and above their notoriety, is a tight sound, solid musicianship, and no-holds-barred showmanship. The band currently consists of bassist and vocalist Mark Hoppus, drummer Travis Barker, and guitarist and vocalist Matt Skiba, founded by Hoppus and originally consisted of guitarist and vocalist Tom DeLonge, and drummer Scott Raynor. As punk music evolved in the 90s, Blink-182 was on the driver's seat, maneuvering the pace with fast rhythms, humorous content, and radio-friendly tunes, along with rebelliously funny music videos. Their most influential hits include "All the Small Things," "Adam's Song," "The Rock Show," "I Miss You," "Always," "Up All Night," "After Midnight," "What's My Age Again," and "Dammit (Growing Up)," which propelled massive album sales collectively amounting to 35 million units sold worldwide.