Multi-platinum selling country music star Chris Young is hitting the road this summer, coming to USANA Amphitheater on Wednesday 10th June 2020 on his This Town Ain't Big Enough Tour! The amphitheater/arena stint is named after his 2019 hit with Lauren Alaina, and the tour will feature a mixture of songs from his 2017 album Losing Sleep, his several previous hit albums, and his long-awaited upcoming record, which is slated for a 2020 release! The headliner will be joined by two incredible support acts: Scotty McCreery and Payton Smith! 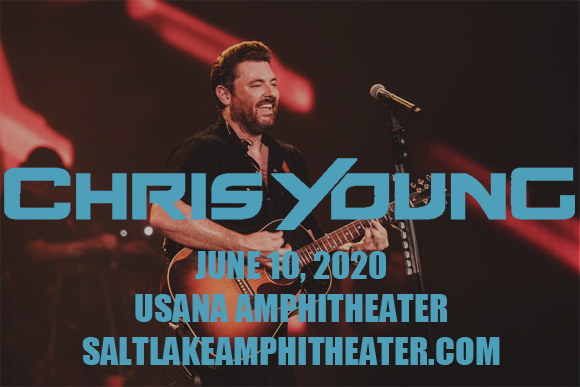 Country singer and songwriter Chris Young's big break came in 2006 when he auditioned for the fourth season of the USA Network reality television singing competition Nashville Star. He went on to win the competition, and his prize was to be signed to RCA Nashville. Later that year, he released his self-titled debut album, which launched two minor hits on the Billboard Hot Country Songs chart: "Drinkin' Me Lonely" and "You're Gonna Love Me". It was his 2009 follow-up, The Man I Want to Be, that put Young on the map, producing three number-one singles on the chart: "Voices", "Gettin' You Home (The Black Dress Song)", and the title track, also earning him a Grammy Award nomination. Since the beginning of his career, Young has released six studio albums, with four of them receiving gold certification or higher, and has charted 15 top-five singles on the Billboard Country Airplay Chart, including nine number ones. Losing Sleep, his most recent album, was released in 2017. 2017 was also the year that Young received his greatest honor: induction into the Grand Ole Opry.