Word gets around fast whenever a Dierks Bentley tour is announced. Country music fans get giddy over this singer-songwriter who can weave witty stories against a music bed of infectious country – bluegrass tunes that one can very easily sing along to. Chart-topping singles like "Come a Little Closer," "Free and Easy (Down the Road I Go)," and "Drunk on a Plane,” are just a few of the many hit songs from Dierks Bentley’s amazing body of work. These songs come alive onstage as he dishes them out live with his down-to-earth charisma and impassioned energy.

As fans are getting hyper, tickets are definitely on the move. Block-off any appointments for this date, take some time off with your country music-loving squad. A Dierks Bentley show is just something you need to give you a much-deserved energy boost. Gotta get movin’ now and get those tickets! 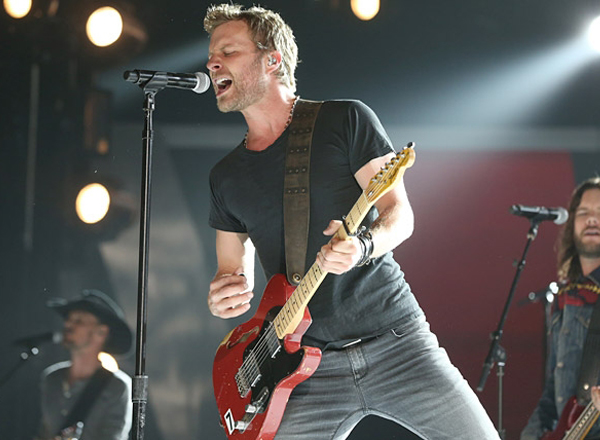 Since 2003, Dierks Bentley has paved his career with a solid array of chart-topping hits and enduring country music anthems. His debut album and his follow-up 2005 album ‘Modern Day Drifter’, were back-to-back platinum sellers. With critics raving and a growing number of fans who loving his music, it was crystal clear that Bentley is one now one of the brightest stars in the country music constellation.

"What Was I Thinkin'," "Come a Little Closer," "Settle for a Slowdown," "Every Mile a Memory," "Feel That Fire," "Sideways," "Drunk on a Plane," "Say You Do," and "I Hold On,” are just a few of the many hit songs Bentley fans have been singing along to over the years. With that, Bentley’s studio albums have churned out thirteen number 1 singles on the country singles chart, and five other singles have reached the top 5 spot. To date, he has released a total of 10 studio albums, including his 2016 album ‘Black’.