**We regret to announce that Avenged Sevenfold's End of the World Tour is cancelled, due to illness. There will be no show on August 28th. Refunds will be made available at point of purchase. We apologize for any inconvenience** 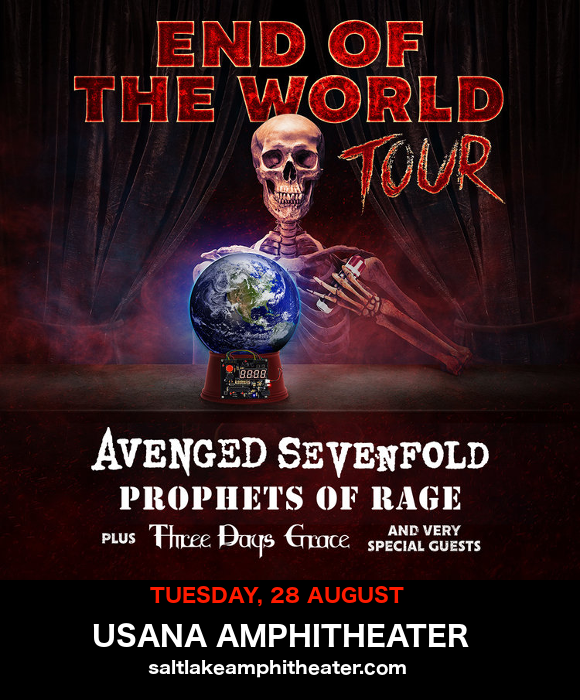 Avenged Sevenfold are touring in support of their seventh album, “The Stage”. “Whether you're a caveman, and you don't understand the other caveman and you're killing him because you're scared, or you're dropping bombs on each other because you don't understand someone's religion, or nationality… We need to really educate ourselves to try and get above that,” explained M. Shadows, discussing the concept for the music video for “The Stage,” below. “Because if we don't, then we're going to become extinct eventually… we don't want that to happen, we have kids, we want our kids to grow up, and we want to evolve as a species, then that video kind of pointed out that, hey, we're still doing the same things we were doing when we were cavemen, we're not that smart.”

Watch the video below – but don’t wait about too long, those tickets aren’t going to last!!