Are you ready for FIVE FINGER DEATH PUNCH?? The thrash and groove metal heavyweights are on a massive U.S tour with Breaking Benjamin – catch them at the USANA Amphitheater on Saturday 21st July 2018!! Tickets on sale NOW! 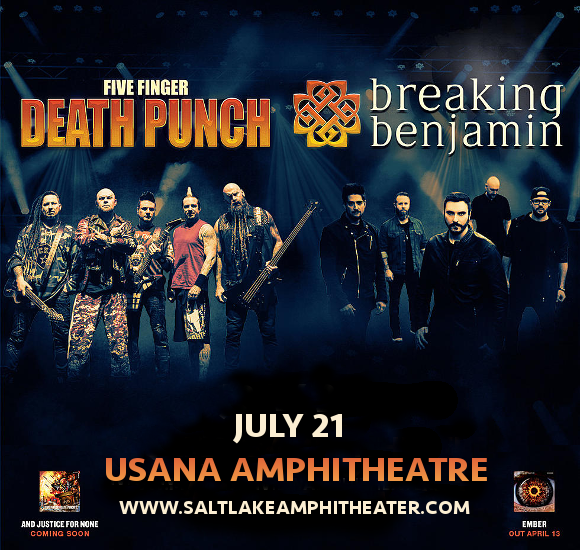 Five Finger Death Punch’s latest album, “And Justice For None,” has just been released and is steadily climbing up the charts. The band have said that this is "the first time that we've had the album available on Spotify the first week of release, because the other years… this is the first time we've actually gone in guns blazing on every single platform — whether it be physical sales, your vinyl, all that stuff, streaming, Apple Music, everything. It's all available now right out of the gate. And we're really hoping that we can pull off some magic on this thing.”

Get ready to hear all the new songs live – grab your tickets today!!