Don't miss your chance to see Green Day & Catfish and The Bottlemen at USANA Amphitheater on Monday 7th August 2017!

What an EPIC line-up; Green Day & Catfish and The Bottlemen will be bringing their crowd pleasing heavy hits to the live stage. If you're a fan of either of the bands then be sure to be there. There are still tickets left, but don't delay – as previous shows have shown – they WILL sell out! This is going to be huge! 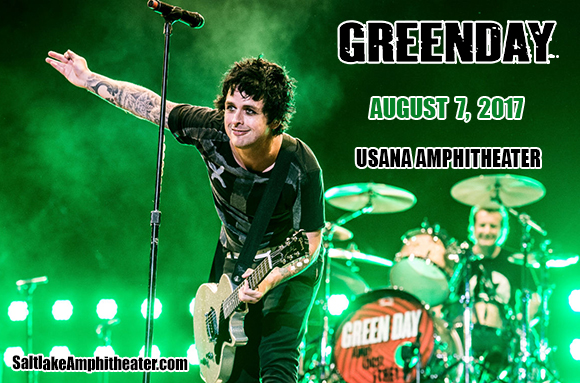 Green Day need no introduction as one of the biggest names on the rock scene, especially within the mainstream Pop Punk movement in the early 2000's, their anthems such as 'American Idiot' 'Basket Case' 'Jesus of Suburbia' are just some of their hit singles! In total Green Day have gained an impressive 5 Grammy Awards under their belt and now today they are still packing out stadiums all over the world, get ready for 2017 – it's going to be a big one!