Iron Maiden brings their Legacy of the Beast World Tour to USANA Amphitheater on Monday 19th September 2022, very special guests will be Trivium. Hailed by fans and media alike as the most exciting and visually spectacular performance of the band’s career to date, with a decades-spanning set list of fan favorites, and some songs from their new studio album, Senjutsu, being played live for the first time. This is the show of the year, so grab your tickets now, this will sell out fast. The Legacy Of The Beast Tour puts every other tour they've embarked on behind it in terms of production and execution. 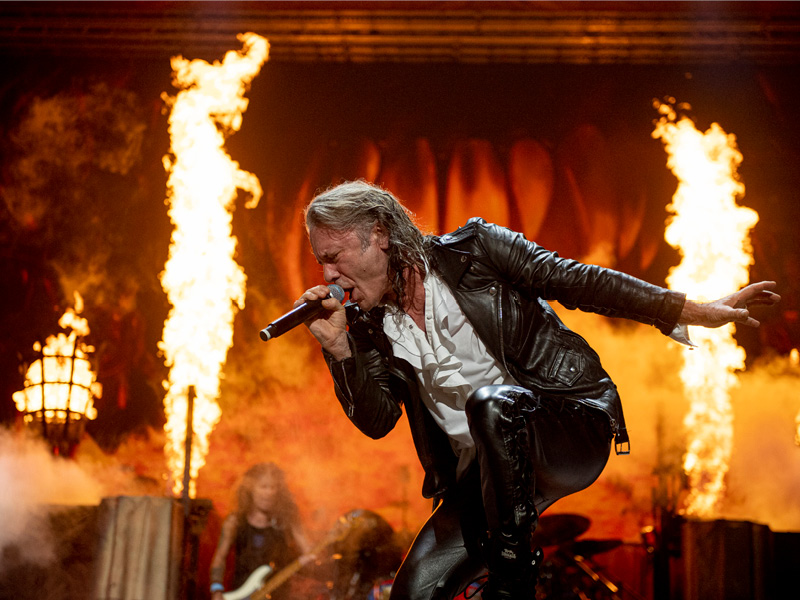 The show has already been seen by almost two million people across the globe, it is the most exciting, extravagant and visually spectacular performance of the band's career to date, “with epic stage props and visuals, endless costume changes for Bruce Dickinson, hit after hit, and never a dull moment…and the theatrics are all matched by an absurdly professional level of musicianship." Says Brooklyn Vegan website, and, "one of the best shows I've seen from Iron Maiden in the last twenty years! " Said Illinois Entertainer, Chicago.

Lead singer Bruce Dickinson stated, “I’m really excited about the new additions to the stage production, and we can’t wait for everyone to see what we’ve got planned. The whole band has really enjoyed the Legacy tour, and now we just can’t wait to get back out on the road to play live, have fun and see everyone again.” With band Manager, Rod Smallwood saying, “We'll be making a couple of additions and changes to the production and set list to include some songs from our new album Senjutsu and are making the 2022 version of Legacy of the Beast even more spectacular than the acclaimed original show. You can be sure that we will still be featuring all the "hits" and the key elements of the original tour like the Spitfire, Icarus, Hell, flamethrowers and pyro and the rest – but we will shake it up a bit and Trooper Eddie will have serious competition in the new Senjutsu 'world' we are adding."