"Tickets on sale now! This is my favorite album I’ve ever worked on and I get to play it for y’all for a living?!

Thank you for being the best fans on the planet," said Bellion in a statement on Facebook. 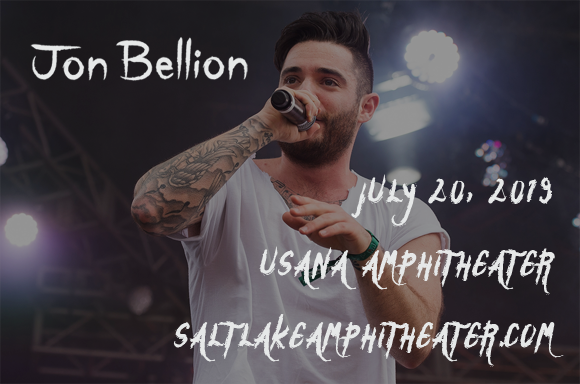 New York-based rapper, singer, songwriter and record producer Jon Bellion's first release was his self-funded 2011 mixtape Scattered Thoughts Vol. 1, which reached over 11,000 downloads and caught the attention of Visionary Music Group, who signed him in 2012. That year, Bellion co-wrote and co-produced Jason Derulo's "Trumpets", and also co-wrote "The Monster" by Eminem featuring Rihanna, which went on to win the 2015 Grammy Award for Best Rap/Sung Collaboration. He went on to release three mixtapes over the next few years – Translations Through Speakers (2013), The Separation (2013) and The Definition (2014) – and in 2016 he released his debut studio album, The Human Condition, which debuted at number five on the US Billboard 200. The album's lead single, "All Time Low", reached number 16 on the US Billboard Hot 100 and was certified double-platinum in the US and Australia. In 2018, Bellion released his second studio album, Glory Sound Prep.