Calling all country fans – you’re not gonna want to miss this! Luke Bryan is hitting the road again in 2018 with his all new album “What Makes You Country,” and what’s more, he’s taking Jon Pardi and Morgan Wallen along with him! This awesome country trio are on their way to the USANA Amphitheater on Friday 21st September 2018. Tickets on sale now – grab ‘em while they last!! 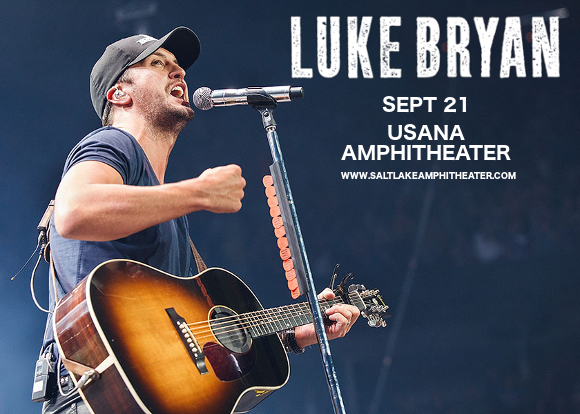 Having experimented with a bunch of genres throughout his career, Luke Bryan’s latest offering is an introspective look at himself as a man and a musician. “I think it says that he knows a lot about living life and he knows how to write about it and he knows how to sing about it,” Jody Stevens, Luke Bryan’s producer, said in a press release. “I hope that people will see that he’s a very real thinking guy. The fact that he shakes his ass and has fun, that shouldn’t take away from the fact that he makes music that moves people.”

Get ready to move on Friday 21st September – get your tickets NOW!!