ACM and CMA Entertainer of the Year Luke Bryan embarks on his Kill the Lights Tour this summer and he's heading to USANA Amphitheater on Saturday 1st October 2016 for the second night in a row! Not content with performing some of the freshest country music out there, Bryan's also bringing with him Little Big Town & Dustin Lynch for a show you will never forget! Let this multi-award-winning superstar get you dancing all night long! 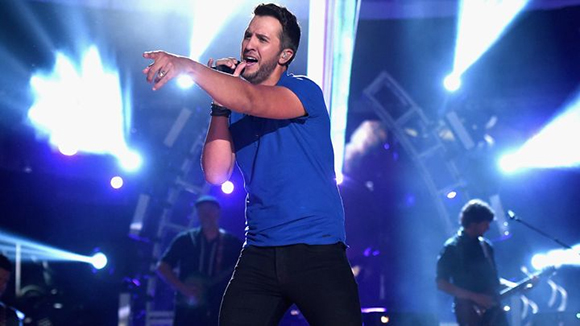 Luke Bryan cut his teeth in the industry in the early 2000′s writing music for other country artists such as Travis Tritt and Billy Currington. He released his debut album I’ll Stay Me in 2007 to wide critical and public acclaim, establishing him as a country star in his own right and earning him numerous awards including: Top New Solo Vocalist and Top New Artist at the Academy of Country Music Awards, USA Weekend Breakthrough Video of the Year (for "Do I") at the CMT Music Awards, and New Artist of the Year at the Country Music Association Awards. His subsequent albums and EPs have achieved similar success both commercially and critically, earning him both the Academy of Country Music Awards & Country Music Association Awards "Entertainer of the Year" award.