After a 55-year career at the forefront of Southern Rock, the legendary Lynyrd Skynyrd are embarking on their final tour! The Last of the Street Survivors Tour brings the iconic band to USANA Amphitheater on Friday 20th September 2019, where they will perform the chart-topping singles and fan favorites that made them one of rock's most influential bands! Tickets available now! 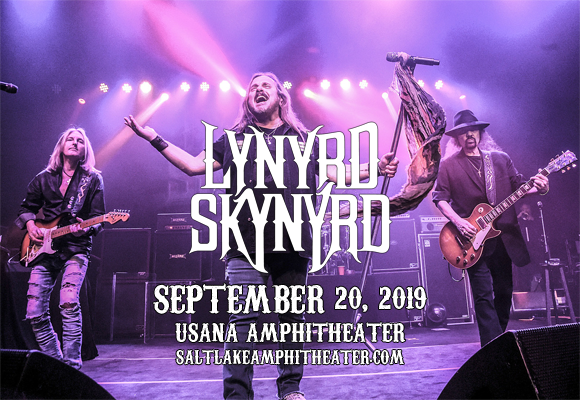 One of the key bands of the 1970s Southern Rock movement, Lynyrd Skynyrd are best known for their hit singles “Freebird” and “Sweet Home Alabama”. The band began in 1964 under the name My Back Yard, and changed it before the release of their 1973 eponymous debut, which was subtitled "Pronounced Leh-nerd Skin-nerd". The album launched the single “Freebird”, which brought the band some popularity, but their mainstream breakthrough was their follow-up album Second Helping, which contained their biggest hit, “Sweet Home Alabama”, and went on to gain platinum certification. Tragedy befell the band just three years later, when frontman Ronnie Van Zant, guitarist Steve Gaines and backup singer Cassie Gaines lost their lives in an airplane crash. After the crash, the remaining band members separated for ten years, eventually reforming with a new line-up in 1987. The band has continued to record and tour together ever since.