Two of the biggest chart toppers right now are embarking on an exciting tour for 2021! That's right the Californian pop rockers Maroon 5 will be heading to USANA Amphitheater on Thursday 12th August 2021, along with the talented soulful pop star Meghan Trainor! This is a concert that cannot be missed as they set out to create a night fans will never forget! You can expect to catch all of your favorite songs from both artists as they touch down at USANA this Summer! Tickets on sale NOW – book while you still can! 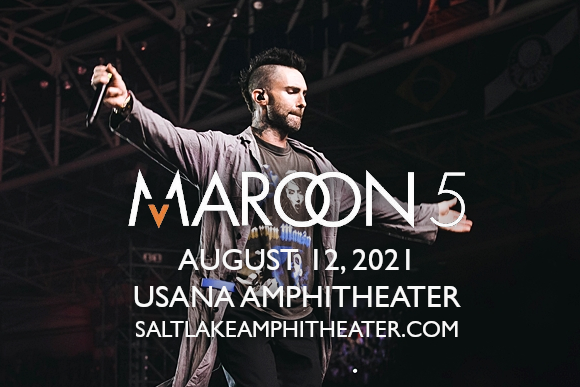 Meghan Trainor has inspired the masses with her incredible hits that just keep on giving. Known for promoting body confidence and self love, Meghan Trainor's songs are uplifting to all as she sings about her personal struggles in a positive way. From a young age, Meghan had found her passion in life and kick starting her songwriting through showcasing three of her own studio albums between 2009 and 2011. From then on she decided to pursue a full time career and quickly signed with a record label.

After her sign to Epic Records back in 2014, Meghan dropped her chart topping Billboard singles and one of those songs was of course the unforgettable "All About That Bass." The song exploded into the mainstream, won over the hearts of many and defined her fan base for the future of her career. As she promoted her acceptance on her body figure and encouraged women to accept who they are, the single stayed at the top of the charts for an impressive eight weeks in a row.

From all of her singles and records, Meghan Trainor has become one of the most popular artists in Pop music over the last few years and still continues to spread her message of positivity through her music – join her plus Maroon 5 this summer as they hit the road on their North American tour dates!