It's that time of the year that we've all been waiting for as Nickelback RETURN to a venue near you on their North America tour! This time they will be bringing their exciting brand new record "Feed The Machine" and you can catch them LIVE!

On support is Daughtry… so expect the hits, expect surprises – all at USANA Amphitheater on the Saturday 16th September 2017! Book your tickets while they are still available… 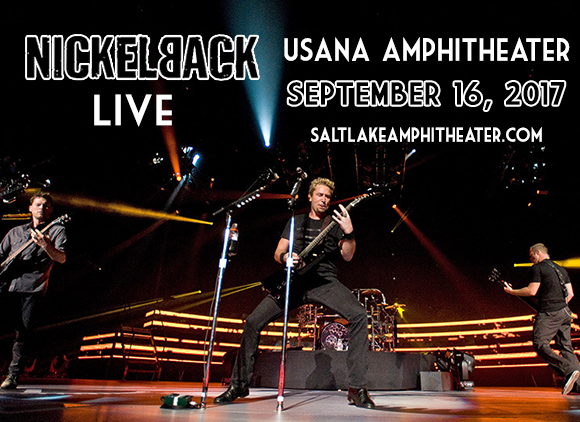 Nickelback really need no introduction especially to Rock fans as they have gained so much success since their beginning in the early 2000's. "Photograph" "Rockstar" "How You Remind Me" are just some of their biggest hits to date. And over the years these guys have earned titles such as 'The most successful rock group of the decade,' 'The eleventh best-selling music act, and the second best-selling foreign act in the U.S. of the 2000s.'

It's no wonder that people from around the globe are still attending their sell-out stadium style shows, so if you haven't seen Nickelback before – NOW is the time.