Want to experience the perfect fusion of live instruments, vocals, and electronic music in one of the best concert events this fall? Odesza's USANA Amphitheater concert is the best place to be this September 20, Tuesday, as the Grammy-nominated duo will bring their "The Last Goodbye" Tour to Salt Lake City. Join Harrison Mills and Clayton Knight in an evening of intense electronic music, geometrically pleasing lights, dramatic smoke, visually-appealing imagery, and a six-member drumline. Featuring special guests Sylvan Esso, Elderbrook, and NASAYA, this show will be a part of the duo's first tour since 2019. Thus, expect an explosive and intense concert experience from the superstar duo. Click on the "Get Tickets" button to secure tickets now! 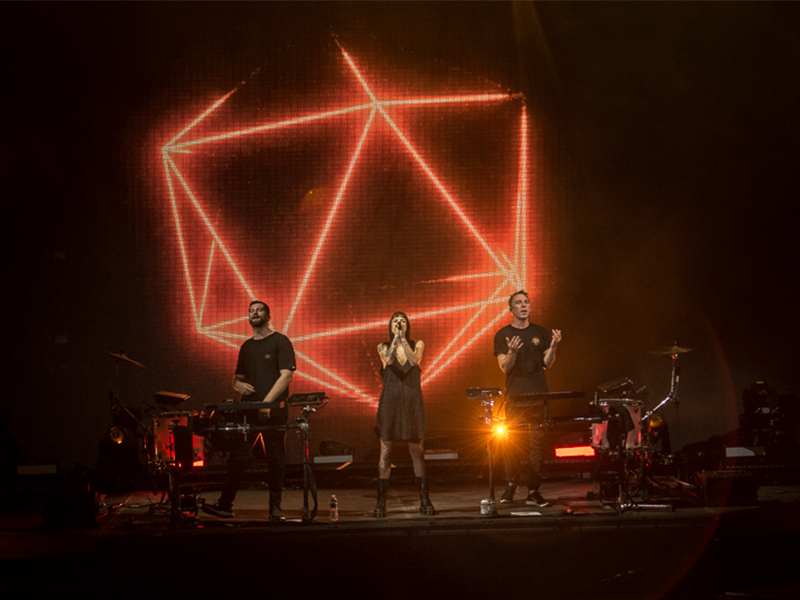 After three years of hiatus, Grammy-nominated Odesza will finally be back on the road this 2022 for another highly-anticipated tour. The dynamic duo of Harrison Mills and Clayton Knight, known individually as Catacombkid and BeachesBeaches, will be bringing electronic music to some of the massive arenas and amphitheaters across the US and Canada this summer and fall.

In support of their newest 2022 album, "The Last Goodbye," the tour will kick off with a three-night concert (July 29-31) in the duo's home state of Washington at the Climate Pledge Arena in Seattle. The pair will stop at several cities, including Salt Lake City, on September 20, before capping off the 27-date run in San Francisco's Shoreline Amphitheatre on the 30th of September.

"We can't wait to share this full-length project with you, along with our new show," said Odesza in a release, expressing excitement for the tour. "It's been a long time coming. From us to you, The Last Goodbye: The Tour."

Odesza will be joined by Dance/Electronic acts Sylvan Esso, Elderbrook, and NASAYA. The American electronic pop duo Sylvan Esso is composed of singer Amelia Meath and producer Nick Sanborn. They are known for their famous songs "Coffee," "Die Young," and "Funeral Singers," among many others. Elderbrook, on the other hand, is the professional name of the musician Alexander Kotz who roke out into the music scene in 2015 when he released his first EP. It contained the song "How Many Times," which was remixed by German duo Andhim, becoming one of Mixmag's best songs of 2015.

The electronica newcomer NASAYA rounds up the lineup of Odesza's guests. He is a rising artist who describes himself as "making electronica music that blends influences from Jamie xx, Tame Impala, Flume, and Michael Jackson — melting futuristic sounds and textures with retro, moody atmospheres."

Catch all of these acts with the superstar duo Odesza on 20th September at Salt Lake City's USANA Amphitheater. Book your tickets now!