‘The Bad Man Tour’ is so irresistibly good! Nobody does a wildly fun and sexy take on rap, reggaeton, crunk, hiphop quite like Pitbull. No wonder, fans are definitely looking forward to the crazy concert party he will be throwing, along with his equally superb cohorts —Prince Royce and Farrago. But before you put on your dancing shoes, make sure you’re fit to run and get out and buy tickets to the show. Solid entertainment, endless dancing, and incredibly fun party vibe awaits…you don’t want to miss this, do you? 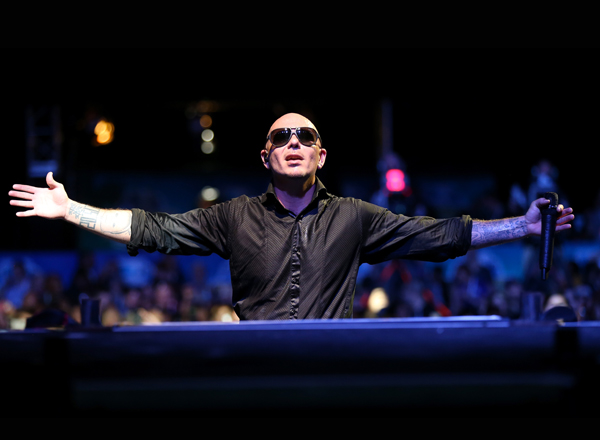 Armando Christian Perez a.k.a. Pitbull chose this musical alias because he associates himself with the canine’s nature -‘’they bite to lock”. Indeed, his music is as solid-as-a-bite fusion of rap, crunk, hip-hop, and reggae ton, oozing with infectious energy. He gained international fame with the single "I Know You Want Me (Calle Ocho)" from his fourth album Rebelution (2009), which peaked at number two on Billboard Hot 100. In 2011, his album ‘Planet Pit’ spawned his first number single on Billboard Hot 100-“Give Me Everything”.

Pitbull’s ‘The Bad Man Tour’ also features Prince Royce aka Geoffrey Royce Rojas. This Latin R&B singer-songwriter elicits screams and swoons from teenage girls who fall under his charismatic spell. While Farrago or Carlos Efren Reyes Rosado is a Puerto Rican Latin pop and reggaeton star on the rise. His sophomore album “TMPR” The Most Powerful Rookie” churned out five hit singles and merited a nomination from the Latin Grammys.