There's no-one in the biz quite like Pitbull! The charismatic and illustrious performer comes to USANA Amphitheater on Saturday 2nd October 2021 on his I Feel Good Tour, bringing a night of party hits to the stage to keep the dancefloor jumping and the crowd going wild! This is the Miami rapper's first solo headline tour since 2012, so expect nothing but the best as he delivers an evening of epic entertainment with support from the phenomenal Iggy Azalea! 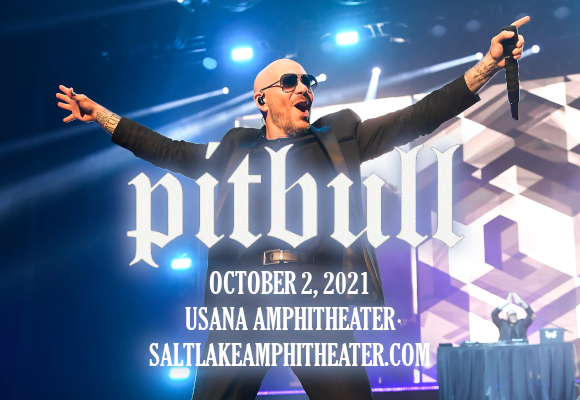 Over the course of nearly 20 years, American singer and rapper Pitbull has made the transition from moderately successful reggaeton, Latin hip hop, and crunk performer to one of the world’s most popular artists. He made his debut in 2004 with the album M.I.A.M.I., but his career really took off with the release of the hits single "I Know You Want Me (Calle Ocho)" from his 2009 album Rebelution, which peaked at number two on the US Billboard Hot 100 and number four on the UK Singles Chart. More chart success followed with his more pop-inspired album Planet Pit (2011), which launched the number one single "Give Me Everything" (featuring Ne-Yo, Afrojack and Nayer). The single is now one of the biggest-selling US singles of all time alongside his other number one, "Timber" ft. Kesha (2013). Pitbull is known for his successful collaborations and has been involved in more collaborative releases than any other artist. To date, he has been involved in over 200 music videos, over 300 singles (including features), and over 1,000 songs (in total). He has sold over 25 million studio albums and over 100 million singles worldwide and has many awards to his name, including 35 Billboard Latin Music Awards. He has been ranked by Billboard as the 45th Top Artist of the 2010s and the 24th Top Latin Artist of the 2010s.