Are you ready, Post Malone fans?? The man who brought you “Rockstar,” is back with an all-new album and tour – and if that wasn’t enough, he’s teaming up with 21 Savage for the journey!! The USANA Amphitheater is proud to present Post Malone and 21 Savage, LIVE on Tuesday 1st May 2018 – it's going to be an unbelievable performance!! Tickets are expected to sell FAST, so don’t delay – grab yours NOW!! 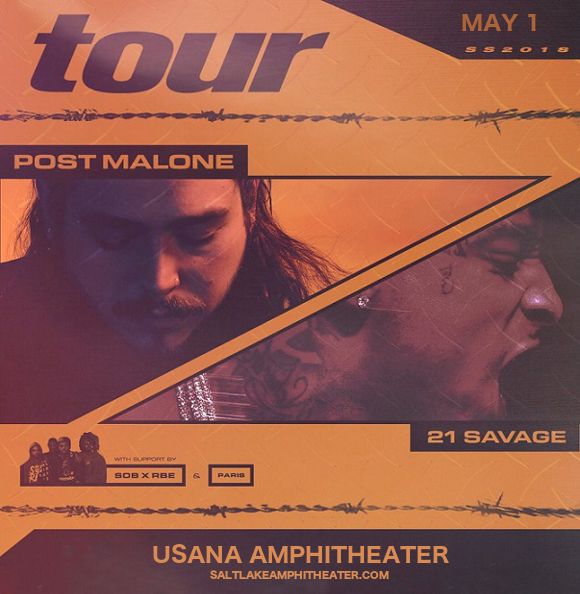 With the lead single “Psycho,” a collaboration with Ty Dolla $ign, Post Malone got fans foaming at the mouth in anticipation for news of his new album. So far, the details have been few and far between – we know that the track “Candy Paint,” featured in the film The Fate Of The Furious, may be on it, as well as some special guest appearances from big names including Nicki Minaj and Tommy Lee!

The album’s release date has now been confirmed to be April 27. It’s just enough time to get your teeth stuck in before the show!!