Metalheads listen up!! Shinedown are teaming up with Godsmack for a HUGE North American tour, hitting the USANA Amphitheater on Thursday 2nd August 2018, with special support to be confirmed!! Don’t miss out on your chance to catch these massive post-grunge bands live – grab your tickets NOW while you have the chance and get ready to see Shinedown and Godsmack live!! 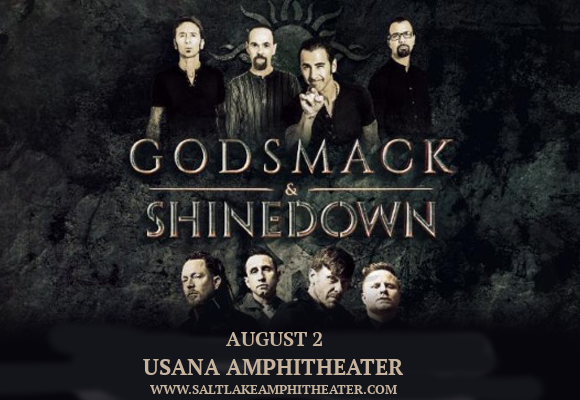 Godsmack have confirmed work is almost complete on their new album, “When Legends Rise,” the follow-up to 2014’s “1000hp,” releasing the first single “Bulletproof,” in February. “Attention Attention,” is the upcoming new record from Shinedown, written primarily by Eric Bass during the band’s 2016 tour. Described "heavier than ‘Threat to Survival’(the band’s previous album)” the first single “Devil,” gives fans a teaser of what to expect from the upcoming new record. Listen below – but don’t wait about too long, those tickets won’t last!!