Gothic and alternative rock fans, we’ve got the perfect event for you coming up at the USANA Amphitheater!! That’s right, The Cult are teaming up with the Stone Temple Pilots and Bush for a huge North American tour, coming to the West Valley City on Monday 20th August 2018! Tickets confirmed and on sale now – they’re expected to sell out fast though, so don’t delay in getting yours!! 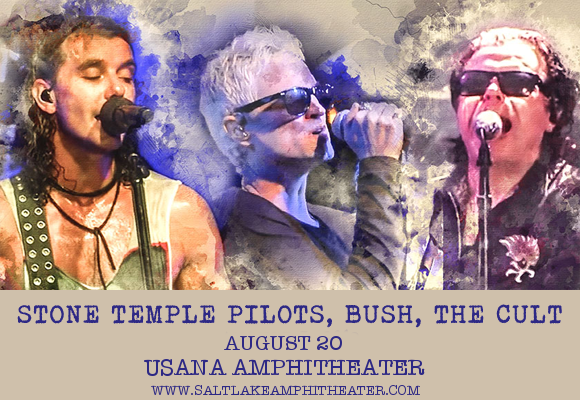 Formed in 1983 under the name Death Cult and currently consisting of band members Ian Astbury, Billy Duffy, John Tempesta, Grant Fitzpatrick and Damon Fox, The Cult gained initial underground success in the UK with gothic-tinged singles such as “She Sells Sanctuary”. Later their sound evolved into hard rock and they gained huge popularity in the United States with songs such as “Fire Woman” and “Love Removal Machine”.

Go back in time and experience the rock sound of the 80s and 90s again with The Cult – get your tickets today!!