Are you craving to rock out to some of the best and biggest acts in music? Then don't miss your chance to see Train, Natasha Bedingfield & O.A.R. as they all come to USANA Amphitheater on Thursday 6th July 2017!

The 90's rockers, Train are the ultimate band to see perform live, as they now celebrate 20 years on the scene, they will be bringing their classic anthems to the LIVE stage! Here's your chance to be a part of this incredible experience. There are still tickets left, but don't delay – as previous shows have shown – they WILL sell out! Grab yours online today! 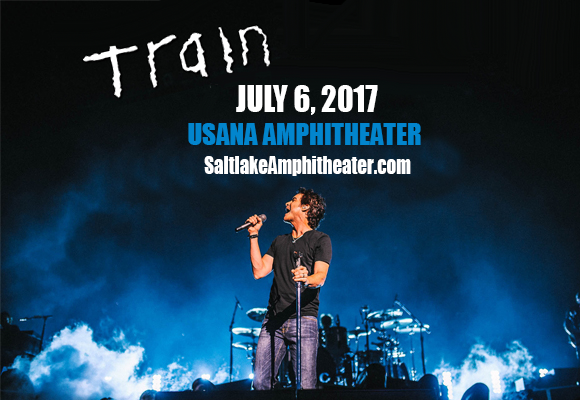 "With the sun beating down on a growing crowd of thousands. By nightfall it would push past ten thousand. The temperature was probably close to 100, but a breeze kicked in as the evening wore on… Train went into “Hey, Soul Sister” with its ukulele accompaniment. The giant crown-shaped video frames as backdrops showed various members close-up for the whole crowd. It was a feel-good ending to a show, but no one wanted it to be over."