Weezer & Panic! At The Disco Tickets

Weezer & Panic! At The Disco comes to USANA Amphitheater on Tuesday 26th July 2016

The most lethal rock pairing will explode onstage this summer! WEEZER and PANIC! AT THE DISCO will come chargin' with their electro, alt power pop, emo sound as they tour together and play their hits back-to-back-to-back. Don't be surprised if you see pandemonium on the streets…it's just their hordes of fans rushing out to get tickets. Get your tickets in a flash! 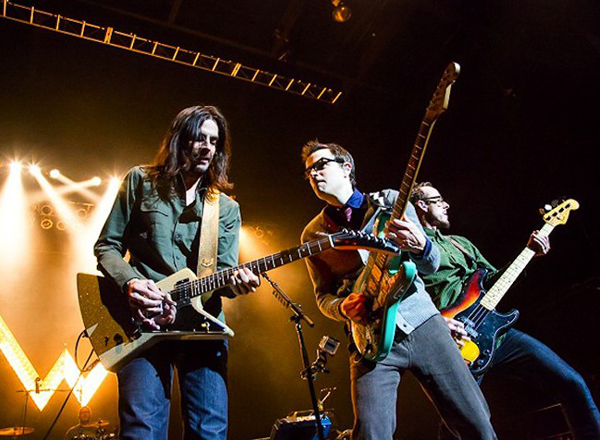 The new millenium brought in a new wave of hybrid rockers and two names that definitely stick out are WEEZER and PANIC! AT THE DISCO. With their combined forces, this show will bring you to your feet from start to finish…

Weezer formed in 1992 in Los Angeles, and is currently composed of Rivers Cuomo (lead vocals, lead and rhythm guitar), Patrick Wilson (drums), Brian Bell (rhythm and lead guitar, backing vocals, keyboards), and Scott Shriner (bass guitar, backing vocals, keyboards). They broke out with the hits "Undone – The Sweater Song", "Say It Ain't So", and "Buddy Holly". They took a two-year hiatus in 1997, then re-grouped to produce more hits that amassed countless platinum certifications, include: "Beverly Hills", "We Are All on Drugs", "Perfect Situation", and "This Is Such a Pity". They are a global phenomenom that sold 9.2 million albums in the US and over 17 million worldwide.

From Las Vegas, Nevada Panic! at the Disco was formed in 2004. The band's current line-up is composed of vocalist Brendon Urie, accompanied on tour by bassist Dallon Weekes, guitarist Kenneth Harris, and drummer Dan Pawlovich. Mainly influenced by 60s rock bands like The Beatles, the Beach Boys, and the Zombies, Panic! at the Disco took their sounds apart and rewired it to the electrifying emo, pop punk, electro, vaudeville, and baroque pop sound they have today. Known for their dark and theatrical take on music videos, they bagged the Video of the Year Award at the 2006 MTV Video Music Awards, and The Style Award at the 2008 MTV Asia Awards.