One has been rockin' for decades. The other goes on tour around 250 times a year. Those are really great batting averages, so you're definitely in for one great headbangers ball! Godsmack & Halestorm are raging through town as part of their most recent double-headliner tour. Brace yourselves, they're headed just right here at the USANA Amphitheater on Wednesday 9th October 2019. But don't sit too tight because you've got to get moving and book a ticket to this show, that could possibly sell out quickly as expected. Click that 'buy tickets' button now! 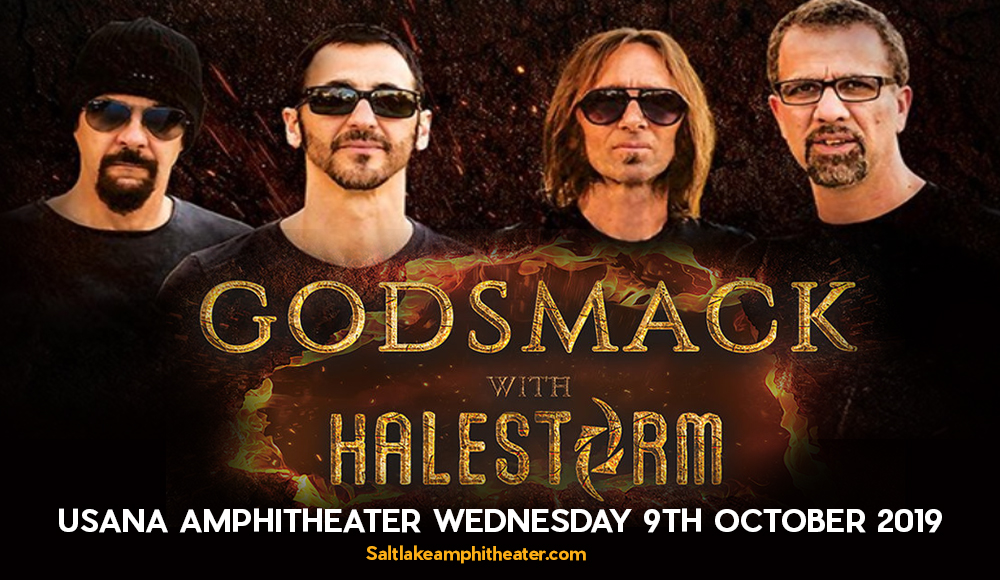 Godsmack has been around since the mid-90s, and they're still at the top of their game. Composed of founder, frontman and songwriter Sully Erna, guitarist Tony Rombola, bassist Robbie Merrill, and drummer Shannon Larkin, Godsmack has released seven studio albums, one EP (The Other Side), four DVDs, one compilation album (Good Times, Bad Times… Ten Years of Godsmack), and one live album (Live & Inspired). And one of their hit singles “Vampire”, garnered a Grammy Award nomination for Best Rock Instrumental Performance in 2002. With this celebrated career, it is but apt for Mayor Marty Walsh to declare August 6 as "Godsmack Day" in the city of Boston.

Meanwhile in Pennsylvania, U.S., Halestorm played their first gig in 1998 at the Blue Mountain Coffee House, in Hershey, PA. And they've never left the live stage since. Touted as one of the most hardworking bands in the hard rock scene, Halestorm is said to do over 250 gigs a year. Consisting of lead vocalist and guitarist Lzzy Hale, her brother drummer and percussionist Arejay Hale, guitarist Joe Hottinger, and bassist Josh Smith, Halestorm has achieved both critical acclaim and commercial success. Its lead single "Love Bites (So Do I)" bagged the Grammy Award for Best Hard Rock/Metal Performance on February 10, 2013. Their third album, Into the Wild Life (2015), peaked at number five on the Billboard 200, then the band's fourth album, Vicious (2018), debuted at number eight on the chart.