Get ready for one of the hottest rock shows of the year – making their long-awaited return with a brand-new album, its Incubus, with support from Jimmy Eat World!! They’ll be hitting the USANA Amphitheater on Wednesday 9th August 2017 for a live show like nothing you’ve ever seen before! Get your tickets today to ensure you don't miss out – hit the “Buy Tickets,” button NOW! 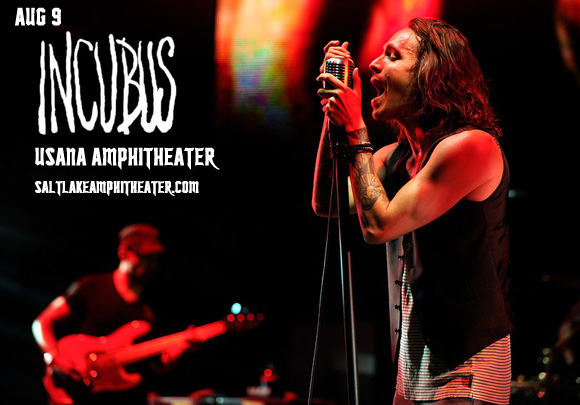 With their last release bring “If Not Now,” in 2011, after 6 years, Incubus are back on the road with their upcoming album, “8,” news that has fans practically foaming at the mouth!! The new single from the album, “Nimble Bastard” (listen below) Incubus reveal a heavier sound that’s a return to their roots as a guitar-driven rock band – a special delight for fans of the band’s older material.

“This song actually came very late in the process of writing new music for our new album that we have coming out very soon,” explained guitarist Mike Einziger. “…it just kind of happened in the studio and we were messing around with this musical idea and the next thing we know we had a song. Brandon wrote the lyrics and it’s kind of a narrative about someone who overcomes the harshest of circumstances and always ends up landing on their feet. It’s a really fun and energetic song.”

We certainly agree – and Incubus live performance promises just the same fun and energy, multiplied by a thousand!! What are you waiting for??? Book those tickets while they last!