Are you ready for the biggest country pop show of the year?? Get excited, because Lady Antebellum are on tour, and they're bringing the phenomenal Kelsea Ballerini & Brett Young along with them!! The trio of artists is coming to USANA Amphitheater on Wednesday 30th August 2017 to give fans the best night of their life! So what are you waiting for? Don't miss this exciting event! Click the “Buy Tickets,” button above to be sure of your place at the show! Hurry though, tickets are in limited supply and are expected to sell out FAST!! 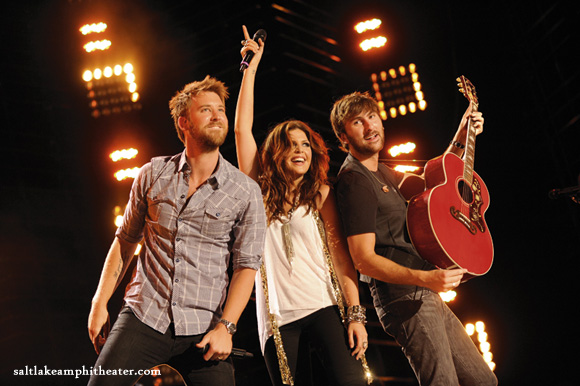 With sales of over 10 million albums in the US alone and multiple singles charting in the Billboard Hot 100, there can be no doubt that Lady Antebellum are one of the best-loved country bands in existence!! The group is comprised of Hillary Scott and Charles Kelly, both lead vocalists, with Kelley also on rhythm guitar, while Dave Haywood provides just about everything else, from lead guitar, to piano, to backing vocals, to mandolin!!

Charles Kelley and Dave Haywood were childhood friends whilst growing up together in Georgia, and by 2005, had formed a songwriting partnership. Moving to Nashville to make their dreams a reality, they met Hillary Scott, and Lady Antebellum was born. In 2007, they signed to Capitol Records and released their first album, “Lady Antebellum,” in 2008 to instant success, with the album shooting to the top of the Billboard country album charts. Now, the band are on tour with their brand new album, “Heart Break.”