If you're a fan of Logic, you can’t afford to miss the Bobby Tarantino Vs. The World tour!! With NF and Kyle as support, Logic is coming to the USANA Amphitheater on Tuesday 17th July 2018! What are you waiting for?? Get tickets NOW – they won’t last long!! 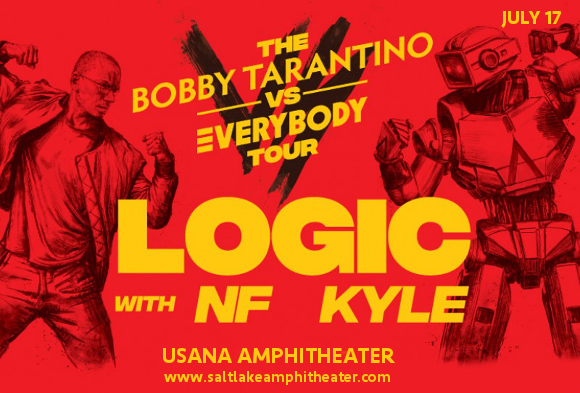 Born to African-American and Caucasian parents, Sir Robert Bryson Hall II first started rapping when he was just a teenager. First breaking through to a mainstream audience with “Under Pressure" his first release on a major label, which hit the top 5 of the Billboard 200, Logic’s popularity since then has done nothing but soar. His most recent release, “Bobby Tarantino II,” is a sequel to his fifth mixtape, “Bobby Tarantino,” released in 2016, his third album to hit number 1 on the Billboard charts!!

Are you hyped to hear all the latest songs live?? We sure are!! Be quick – get your tickets today!