The genre-bending greatness of the one and only Machine Gun Kelly will be witnessed by Salt Lake City fans this Saturday, 6th August 2022, as the rapper-turned-pop-punk-rocker brings his "Mainstream Sellout Tour 2022" to USANA Amphitheater. Together with the PopRock Queen Avril Lavigne and Blink 182's former drummer, Travis Barker, MGK will give you an exhilarating concert experience by invading the arena with his hit songs from both old and newer albums. If you also want to see him perform his songs from the "Mainstream Sellout" album live, this is your chance! Grab your tickets now and prepare for one of the best summer concerts you'll ever have. It will be wild, fun, and maybe a little rowdy, but it's definitely all worth it! 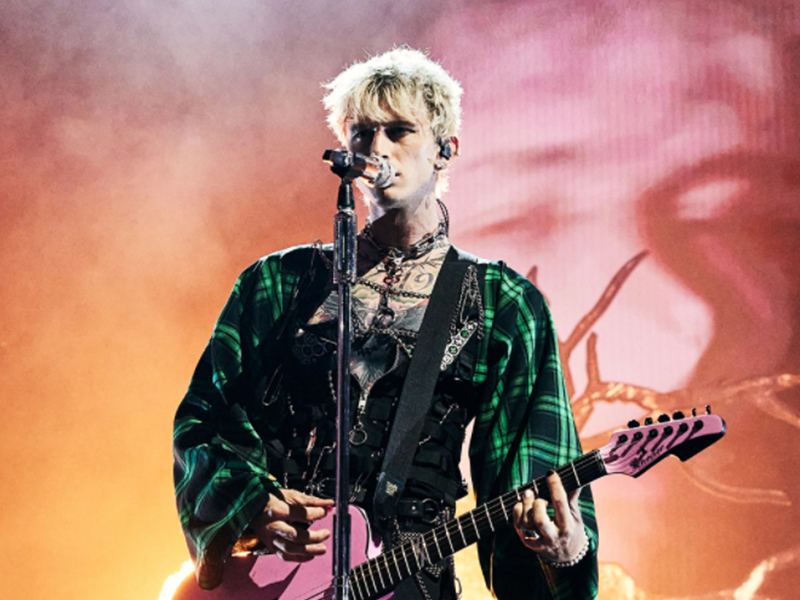 Perhaps one of the good things that happen from the messy public conflict of Eminem and Machine Gun Kelly is the latter's total departure from hiphop. Whether you believe the rumors that the GOAT rapper's diss made MGK go back to his poppunk roots or not, we couldn't care less. After all, we are not complaining about the incredible songs we are hearing from Machine Gun Kelly's "Tickets to My Downfall" and "Mainstream Sellout" albums.

His 2020 "Tickets to My Downfall" is a well-crafted album from MGK, which received positive reviews from critics, and went on to be his first album to be certified platinum by the RIAA. As a complete departure to his rap sound, the album is a more guitar-driven pop-punk album that paved his way into the pop-punk and punk-rock music scene. In addition, his latest album ""Mainstream Sellout," released this year, further cements his place on pop-punk's pedestal.

Machine Gun Kelly leaves no stone unturned in proving that he is indeed a force to be reckoned with in the world of poppunk. He recently announced an extensive global arena tour with some of the biggest names in the industry. He is set to take on the road with a bunch of his good friends, with special guests on the ride, including Avril Lavigne, Travis Barker, Blackbear, Tripie Redd, Iann Dior, PVRIS, and 44phantom opening up on select dates. The tour will be divided into an American and a European leg. In total, MGK will hit 52 venues across North America and Europe, including a show at the largest venue in his hometown.

In his stop at Salt Lake City, Machine Gun Kelly will be joined by Avril Lavigne and Travis Barker — two of the biggest names in the punk rock scene. Avril is a household name in the music industry and enjoys a career that started when she was still 16 years old. She has massive successful albums and singles and is dubbed the "Pop Punk Queen." Travis Barker, on the other hand, is most commonly known for his stint as the drummer for the rock band Blink-182. He is now a successful solo artist known to make incredible collaborations with different prominent artists. Due to his fame, Rolling Stone referred to him as "punk's first superstar drummer" and one of the 100 greatest drummers of all time.

With the addition of these two rock stars, we know that Machine Gun Kelly's stop at USANA Amphitheater is nothing but EPIC! So what are you waiting for? Book your tickets before they run out!