Did someone say, Ozzy Osbourne!! Yes that's right the rock god himself is hitting the road, bringing all of the energy that you can't get enough off LIVE to USANA Amphitheater! Make sure you see the sensational Ozzy Osbourne & Stone Sour on Thursday 4th October 2018 – it's going to be one hell of a show! It's time to scream in excitement and run to grab your tickets are they are officially, NOW on sale! Whatever you do, don't wait too long as this is set to be one of the biggest music events of the entire year!! See you there! 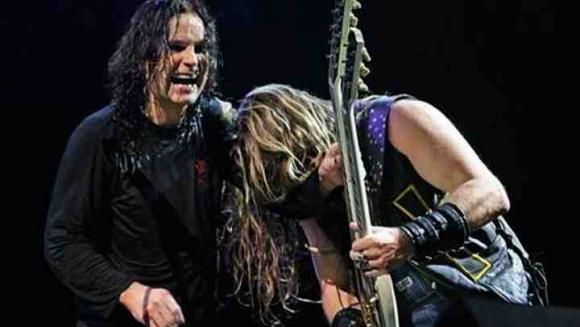 Ozzy is back and ready to bring the energy and hype to the stages of North America with Stone Stone as special guests, are you ready?!

To this day, Ozzy Osbourne has sold over 100 million records, both from his work as solo star and in Black Sabbath. As well deserved credit to a wild yet powerful 40 decades, he was inducted into the Rock and Roll Hall of Fame as a member of Black Sabbath, as well as into the UK Music Hall of Fame as both a solo artist and as a member of the band. And at the 2014 MTV Europe Music Awards, Ozzy received the Global Icon Award, and in 2015 he received the Ivor Novello Award for Lifetime Achievement from the British Academy of Songwriters, Composers and Authors.

All of these triumphs just confirm what an influence and inspiration he is and so in 2018 he will rock the stage once more – come and be a part of the special tour this coming Fall!!