Pop punk and emo fans, PARAMORE are back! They’re teaming up with Foster The People for the After Laughter Summer Tour – coming to the USANA Amphitheater on Monday 23rd July 2018! Get ready to sing along to all the songs you know and love as well as brand new material from “After Laughter” – it’s going to be awesome!! 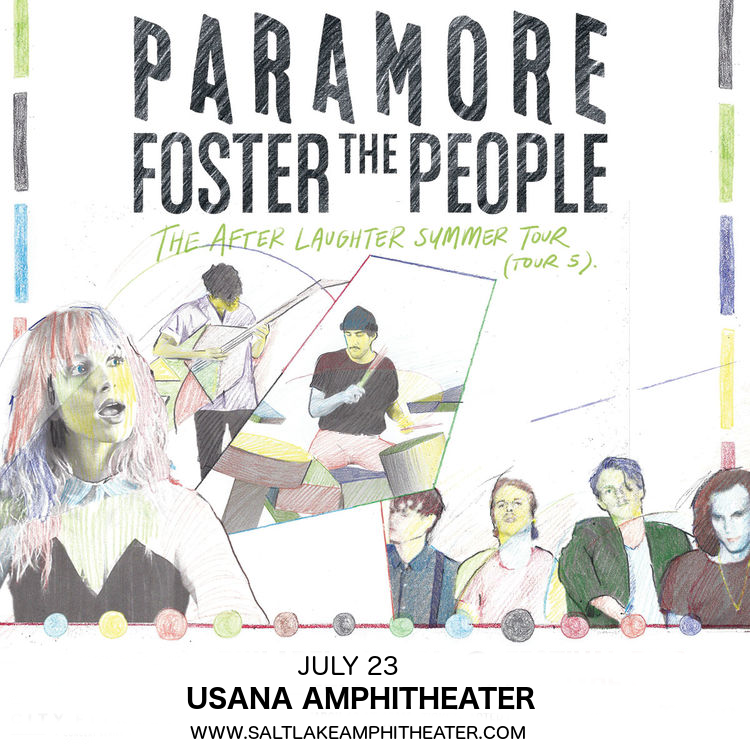 Paramore’s return has been warmly welcomed by all their fans, as with lineup changes and internal band conflict, it had looked for a while as though Paramore might not have stayed together at all. ”I think for so long we kind of felt like we had to push ourselves so hard to prove it and it just wore us down so hard," said Taylor York, reflecting on how trying circumstances had influenced the new album. As a result, “After Laughter,” is a more mature work from Paramore, featuring more complex and emotional lyrical content as well as all-new musical influences including 80s pop!!

Get ready to experience it all live – grab your tickets TODAY!!