Metalheads, are you ready for the Twins Of Evil: The Second Coming Tour?? That’s right, Rob Zombie and Marilyn Manson are touring together once again. With support to be announced, they’re coming to the USANA Amphitheater on Wednesday 22nd August 2018 to give fans the most exciting night of their life! Don’t miss out – grab your tickets NOW!! 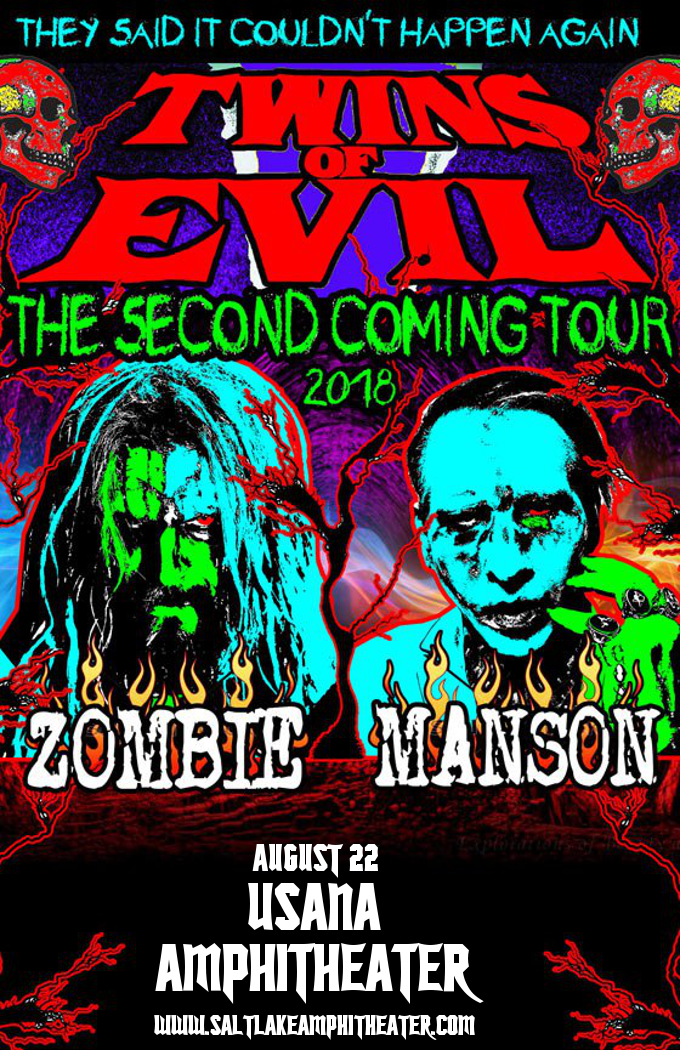 The notorious Marilyn Manzon needs little introduction. Rising to infamy as part of Marilyn Manson And The Spooky kids, his triptych of albums released in the 90s – “Antichrist Superstar,” “Mechanical Animals,” and “Holy Wood” – not only caused outrage and moral panic among the media and religious groups, challenging conventions in just about every cultural sphere, but had a significant impact upon metal music as we know it today.
Marilyn Manson’s most recent release, “Heaven Upside Down,” was released in 2017, and featured a return to his revolutionary sound of the 90s. Get ready to experience it all live – have you got your tickets yet?