Get ready for the ultimate metal show of the year!! SLAYER are on tour, and it’s going to be their last!! Join one of the greatest heavy metal bands in the world for their final performance at the USANA Amphitheater on Sunday 19th August 2018! They’ll be joined by Lamb of God, Anthrax, and more support tba – don’t miss out!! Tickets for the farewell tour will NOT last long!! 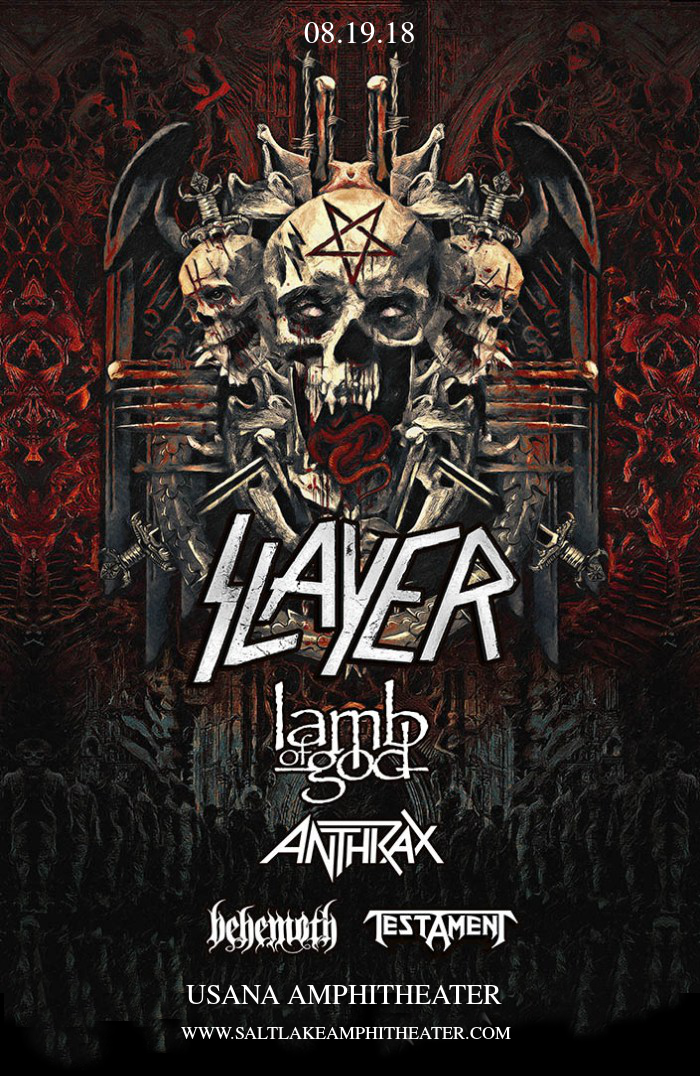 Starting off with 26 dates, Slayer’s tour was in such high demand, to no-one’s surprise, that the band have announced a second leg and further 20 dates to their tour. One of the four acts generally considered to have pioneered heavy metal alongside Metallica, Anthrax and Megadeth, Slayer more or less invented the thrash genre. With a lasting legacy, their impact upon metal music today is almost incomparable.

This is truly a once-in-a-lifetime opportunity – NO Slayer fan can afford to miss it!!