The Black Crowes are headed to USANA Amphitheater on Tuesday 1st September 2020 to rock your world! After several years of animosity, the sibling-led band have put their problems aside to reunite for a glorious reunion concert, where they'll perfom the entirety of their debut album, Shake Your Money Maker, live! This marks their first outing together as a band in four years, and will be one to remember forever! Don't miss your chance – grab your tickets asap for this one! 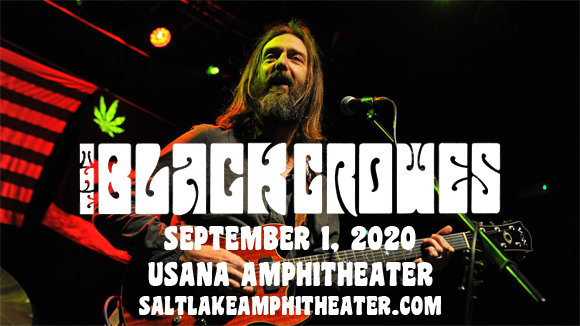 Voted "The Most Rock 'n' Roll Rock 'n' Roll Band in the World" by Melody Maker in 1990, Georgia band The Black Crowes singlehandedly made rock 'n' roll cool, again. During the 1980s, when the band formed, southern rock had fallen out of favor, but when the group made its 1990 debut with the album Shake Your Money Maker, they turned the tide for rock music that was tinged by blues. Their second studio album, The Southern Harmony and Musical Companion (1992), was a number one hit on the Billboard 200 and launched four number one singles: "Remedy", "Thorn in My Pride", "Sting Me", and "Hotel Illness". The band experienced ups and downs over the years, and embarked upon two hiatuses, but reformed in 2019 to tour in celebration of the 30th anniversary of Shake Your Money Maker.