If you are looking for a show that would leave you with a big smile on your face, 'The Piano Guys' are your perfect match. Their effervescent personalities, brilliantly talented, and masterful piano skills will conjure all kinds of emotions and will leave you in a light and bubbly mood. These guys have come a long way from their humble beginnings of just playing and making videos for fun. Now, they are not just amusing themselves. Their social media popularity and presence are not enough to please their legions of fans; they've got to se 'em live! Thus, it comes as no surprise that 'The Piano Guys' show tickets are moving impressively fast. Act quickly, get your tickets now! 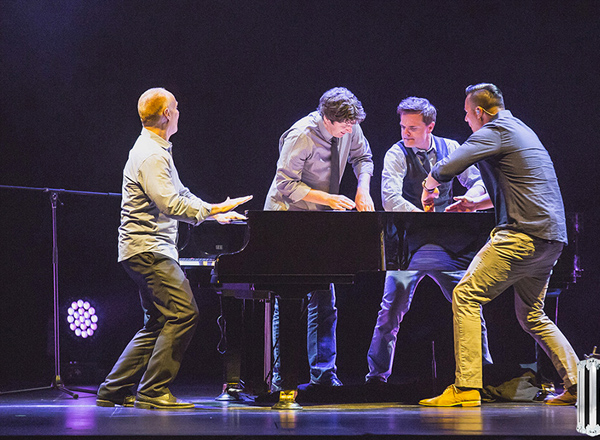 When Jon Schmidt walked-in to piano shop owner Paul Anderson's store to inqire about a practice venue, little did they know that that chance meeting would lead to bigger things. The meeting progressed with both guys making videos 'just for fun'. Then Al Van Der Beek began posting these videos on YouTube and to their surprise, views have grown in leaps and bounds, now registering at 750,000 views. And with that, 'The Piano Guys' was born. To date, their YouTube channel has collected over half a billion in views, with over three million subscribers. With their unqiue and quirky versions of mashing-up pop song covers and classial pieces, music labels came knocking at their door. In 2012, Sony Music released their self-titled debut album. Their second album hit number 38 on the US Billboard 200 and number 1 on the Classical Albums Chart. “A Thousand Years” by Christina Perri, “Titanium/Pavanne”, “Rolling in the Deep” by Adele and “What Makes You Beautiful” by One Direction, are just some of their most-viewed and most-raved about tracks.