The hottest rock concert in the world right now is coming to your hometown! That’s right, none other than Weezer and the Pixies are going on tour together summer 2018, coming to the USANA Amphitheater, Utah on Wednesday 1st August 2018!! Fans have waited for these two bands to team up since they first started sharing a stage in 2000 – now, the time is finally here! Take your chance to see Weezer and Pixies live TODAY while tickets last! 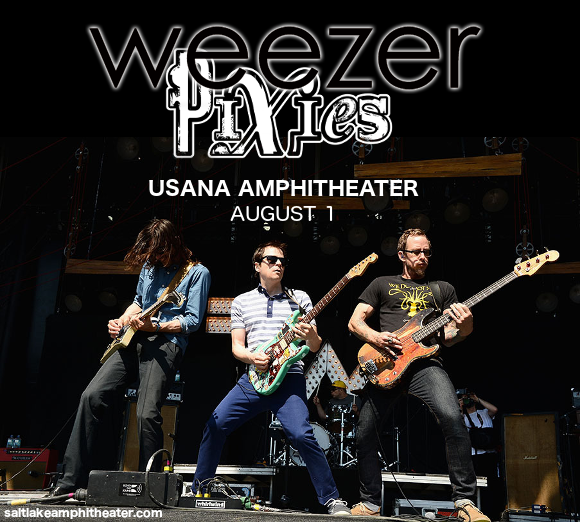 The Pixies most recently released their album “Head Carrier,” in 2016, and will be performing songs from the album as well as hits and rarer tracks from their entire career. As for Weezer, they’ll be promoting their latest release, “Pacific Daydream,” a darker album from the band focused on themes of "alienation and loneliness and not feeling like I have a place to fit in” according to frontman Rivers Cuomo.

If you can’t wait to hear it all live, get those tickets NOW – while you still can!