Hold onto those cowboy hats country fans, for one of the most popular acts in the genre is on tour!! That’s right, it’s Florida Georgia Line, coming to rock the USANA Amphitheater on the 29 September!! Tickets are going to sell out VERY fast so don’t delay in getting yours – book early to be sure of your place and get ready for the show of a lifetime!! 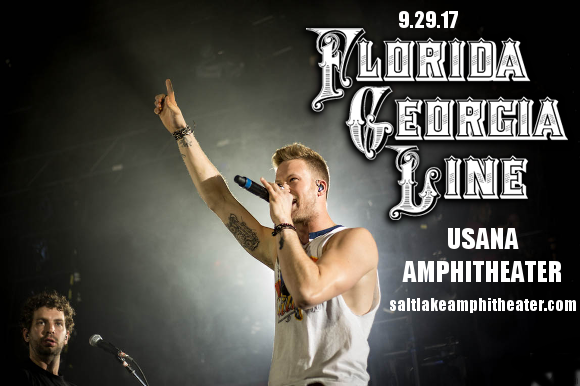 Initially gaining attention by performing and recording covers, the duo of Floridian Brian Kelley and Georgian Tyler Hubbard initially found their interest in music through their churches. Kelley started writing inspired by the Christian rock band Casting Crowns, while Hubbard formed a Christian hip-hop group, Ingenious Circuit, while still in his teens! Influenced by a wide variety of artists from Alabama to Eminem, the two met at Belmont University, moved in together, and made a pact to become a successful country duo within two years.

True to their word, they recorded their first EP “Anything Like Me,” and distributed it online in 2010 – catching the attention of Nickelback producer Joey Moi! Modelling their sound on a combination of Nickelback and Three Days Grace, the studio time was well spent polishing and perfecting their existing songs. When their song “Cruise,” first aired and began to sell on iTunes, it led to their being signed by Republic Nashville/Big Machine Label Group, and the rest is history!!

Now one of the most successful country acts in the world, and known for their hard rock edge, Florida Georgia Line promise a truly unforgettable performance!!