This fall brings a next-level show to the road for all the trap-lovers out there as Lil Baby comes to USANA Amphitheater on Monday 27th September 2021 as part of his Back Outside Tour, featuring Lil Durk as his special guest! Baby will be headlining with Durk in support – both performing tracks from their fire solo catalogs – and the friends and collaborators will also be linking up to drop tracks from their recent album Voice of the Heroes! The album, released in May, was a huge hit, debuting at the top of the Billboard 200! 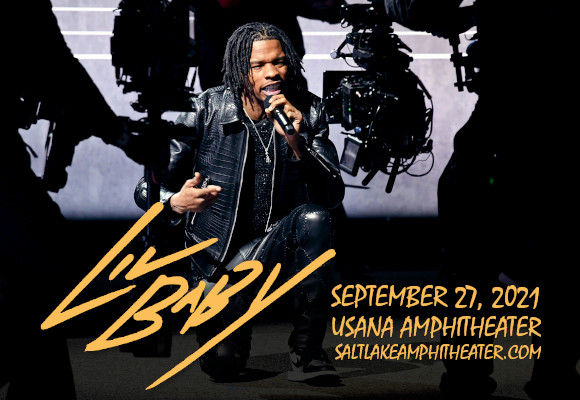 Atlanta rapper Lil Baby burst onto the scene in 2015 with his debut mixtape, Perfect Timing, which featured Young Thug, Lil Yachty, and others in the Georgia rap world. After a single from his third mixtape (2017’s Too Hard), "Freestyle" became a YouTube hit, the way was paved for the artist to break through into the mainstream. Harder Than Ever, his debut album, was released in 2018, debuting at number three on the Billboard 200 and gaining platinum certification. The album spawned several singles, including the Drake collaboration "Yes Indeed", which peaked at six on the Billboard Hot 100. A fourth mixtape, Drip Harder (2018), launched the single "Drip Too Hard", which peaked at number four on the Billboard Hot 100, and a fifth, Street Gossip, followed and reached number two on the Billboard 200. My Turn, his second studio album, was the most-streamed of 2020. The record has been certified triple-platinum, and launched two top-ten hits: "We Paid" (with 42 Dugg) and "The Bigger Picture", which peaked at number three on the Hot 100, becoming his highest-charting song as a lead artist. In June 2021, he released a collaborative album with Lil Durk – The Voice of the Heroes – which debuted at number one on the Billboard 200.