Country superstar Tim McGraw heads out on the road for 2020 on his 'Here On Earth' Summer tour dates and you can grab the chance to be there! As he brings all of his biggest and best material live at USANA Amphitheater on Thursday 27th August 2020 – tickets are now available to purchase. Secure your seats and get ready for the ride of your life! Tim McGraw is a concert that cannot be missed! 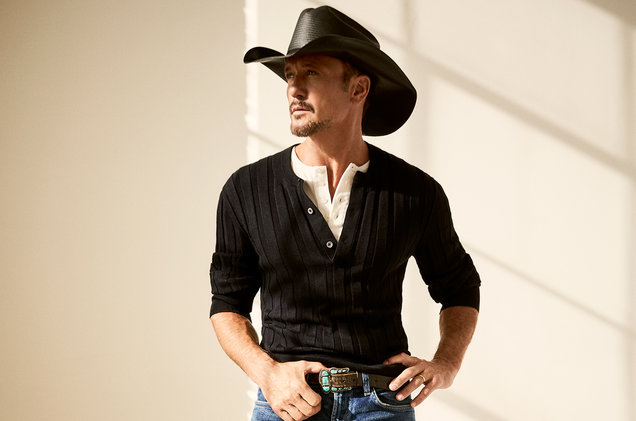 It's hard to imagine a world without Tim McGraw in it, as he has truly rocketed to the top with his sensational and successful hits and has become a firm favorite on the Country music scene. With his incredible collection of a whopping fifteen studio records released to this day, Tim McGraw has reached fans all around North America and the rest of the world – pushing his music into the spotlight and transforming his name into an international success.

Throughout the past twenty five years, Tim McGraw has given us a wide range of singles from his debut album which hit the ball rolling back in 1994 which became the biggest album of the year, to his other fourteen albums which have also taken to the charts. He has produced an impressive sixty five singles and has hit the number one spot with a mind blowing twenty five of his songs. These unforgettable anthems include the likes of; "It's Your Love", "Just to See You Smile", and "Live Like You Were Dying."

For all of his work, Tim McGraw has received nothing but the highest praise from fellow musicians, music fans and critics alike. His carer has led him to received a total of three Grammy Awards, 14 Academy of Country Music awards, 11 Country Music Association (CMA) awards, 10 American Music Awards, and three People's Choice Awards.

With all of his achievements so far, Tim McGraw shows no sign of stopping or slowing down as he keeps on following his passion and providing his adoring fan base with plenty of concerts and tours to enjoy. As one of the best-selling artists of music history – Tim McGraw is always the one to watch!

Head on down to one of Tim McGraw's Here On Earth Tour dates this coming Summer season – you won't regret it!